History of Mill One 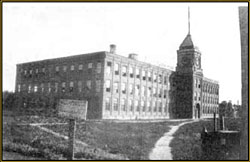 In 1895, renowned regional architect William Poland designed a shirt mill for the Rothschild Company at One North Johnston Avenue. Located just minutes from downtown Trenton by trolley and adjoining the important Pennsylvania Railroad Line, the building was sold in 1907 to Ferdinand Straus Woolen Mills and expanded. The Atlantic Products Corporation bought the mill in 1931 and began manufacturing golf bags, and then luggage, employing over 600 workers. The site returned to clothing production in 1967, and later housed a roofing company and a producer of Christmas novelty items and outdoor furniture. In the early 1980’s the historic building began deteriorating. Isles Inc. and Modern Recycled Spaces formed a partnership and acquired the site in 2006. In 2008, Princeton University’s Department of Engineering led the rebuilding of the factory’s 1895-era mechanical clock and developed a course through which students worked alongside the Isles design team to explore potential sustainable design elements of the mill restoration. 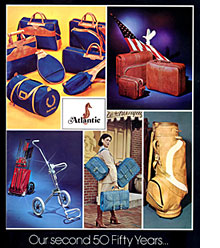 During Mill One’s time as the home of the Atlantic Products Corporation, hundreds of employees manufactured luxury luggage, sports bags, and accessories. The following photos are from a company-produced booklet celebrating their fiftieth anniversary published in 1977. These photos display Mill One as it was in 1977 when the space was still filled with machinery, offices, and the thousands of products. They offer a glimpse in the rich history Mill One has helped create in Trenton.

Mill One represents a partnership between